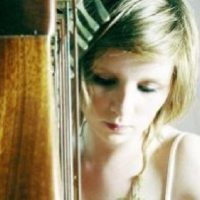 Catríona Cannon grew up in a musical family and began learning the harp at the age of 11 from her mother, Kathleen Loughnane. Catríona graduated with a first-class honours BA in Music and Italian in 2008 from University College Cork and attained an MA in Italian there in 2009. During this time she also lived in Rome, where she focused on composition and performance. Since 2004 she has been playing the harp with the Irish Reggae band Intinn with whom she has toured extensively throughout Ireland and Europe, winning the title of best UK/Ireland Reggae band in 2010.