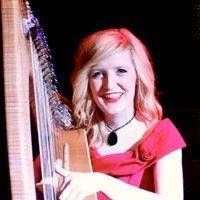 Deirdre Granville from Dingle, Co. Kerry is a multi-instrumentalist and singer. She has toured and performed extensively worldwide and has featured on Radio, commercial recordings and TV performances both solo and with other celebrated musicians. A music graduate from University College Cork and a MA performance graduate from University of Limerick, she has won numerous solo and group performance medals. She is co-ordinator and founder of Dingle Tradfest successful music festival. Deirdre’s debut solo album was released in the summer of 2015.