A co-creation by Aisling Ennis and Emily Aoibheann

Featuring an extract from The Hare by Ted Hughes

Also featuring musical adaptation of The Hunting of the Hare from the Joyce Collection.

The Hare | An Giorria, for solo harp and aerial hoop Aisling Ennis and Emily Aoibheann began work together in 2021 as part of BOUNCE, Aisling’s series of collaborations with multidisciplinary artists, funded through the Arts Council’s Agility Award. These collaborations place the Irish harp (from Tomás Mac Uileagóid) in dialogue with differing art forms to explore and challenge what the Irish harp can do within each context. Emily and Aisling present The Hare, An Giorria, a co-created piece which draws inspiration from the Ted Hughes poem of the same name. It features original composition from Aisling as well as her arrangement of The Hunting of the Hare from the Joyce Collection alongside choreography and film direction by Emily.

Special thanks to Dave Mack and Courthouse Arts Centre, Tinahely. Thanks also to Lisette, Chloe and Iz at Tribe Fitness Dance 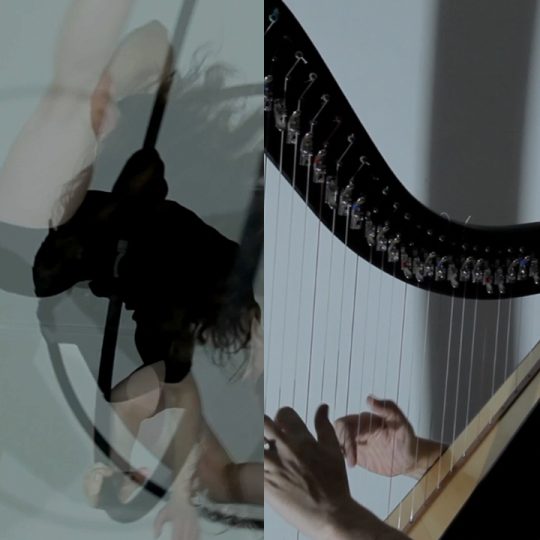